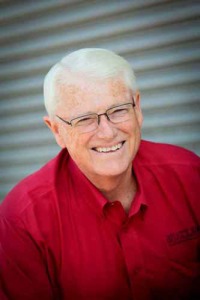 Butler Automotive Group is headquartered in beautiful Ashland, Oregon, with four dealerships in both Ashland and Medford.  We’re proud to still be owned by Chuck and Linda Butler, who founded the dealership in 1976. Chuck and Linda are still active along with current General Manager and part-owner, Warren Cooper who was born, raised and educated right here in Southern Oregon.

Chuck holds a degree in business management from UCLA and has been in the automotive industry for nearly 50 years.  He’s been a dealer for 19 auto manufacturers, many of which have won awards including the Ford Blue Oval Certificate, and the Precision Team Award by Acura for outstanding customer satisfaction to name a few.

The Butler Automotive Group consists of the Ford, Acura, Hyundai and Kia lines of vehicles. We have three service centers in Medford and Ashland as well as an amazing body shop. It’s true we are a family.  And with more than 80 people employed at the dealerships there is never a dull moment!

You might think he lives at the dealership but Chuck gives generously of his time to numerous organizations in Southern Oregon such as the Endowment Board of the Oregon Shakespeare Festival (He is a member and past president) and the Ashland Community Hospital Foundation (past president). He is, or has been, a member of the Ford Dealer Council, the Acura Dealer Council, the Ashland Lions Club, the Ashland Rotary Club, and the Medford Skal Club for which he is past President.

You can also check us out at: