Hybrids and energy-efficient vehicles are the future. They’ve made huge strides in recent years in technology, form and function. In fact, there are more than 40 different hybrid models available for sale in the U.S. today.

So, have you wondered how exactly hybrids are different from their gasoline counterparts – and what makes these innovative vehicles so amazing?  Here are what we refer to as the “Five Perks of Hybrids:”

Many hybrids don’t need to be plugged in to recharge the battery. However, there are a new breed of hybrids like the Ford Fusion Energi and Ford C-Max Energi that are called “Plug-in

Hybrids.” These innovative vehicles boast larger batteries and more powerful electric motors. This combination allows the car to run in all-electric mode under more circumstances and for greater distances. To charge the larger battery, it’s most efficient to plug the car into an outlet, but it still will run as a conventional hybrid when the EV (Electric Vehicle) battery is dead.

2) The “feel” and sound of a hybrid is distinctly different from a normal car.

Hybrids are a lot quieter. This is due to the electric motor running more often than the gas engine, which cuts the engine noise down to zero. According to Matt Mocabee, Butler Internet Coordinator and Ford C-Max Energi Owner, “This makes it a lot easier to hold conversations in your car.” In regards to feel, Butler Acura Product Specialist Patrick Ormerod and Ford Fusion Owner says “It’s incredibly smooth and responsive.”

With some hybrids, when you take your foot off the brake pedal, you can feel the two different brake systems working. This is called regenerative braking. For a more detailed explanation of this amazing process, click HERE.

Regenerative braking is pretty amazing. It not only helps recharge the battery, but it also slows the car and saves the brakes in the process!

5) Many hybrids sacrifice cargo space or flexibility to make room for the battery. Batteries are what we consider a perk!

Most cars aren’t engineered solely as hybrids, so manufactures had to find someplace to store the extra battery. This results in a bit of decreased storage room, but when you think of the money staying in your pocketbook and not gushing down your gas tank, it seems like more than a fair trade-off.

The Environmental Protection Agency (EPA) can help you figure out the fuel economy of YOUR hybrid or the hybrid you have your eye on. They list fuel economy numbers HERE. This also calculates the estimated annual fuel cost of each car based on driving 15,000 on $3.70/gallon gas.

The fuel efficiency and resulting financial savings are huge perks and the reason why many people purchase these fantastic vehicles. The public is also becoming increasingly concerned for the health of our planet and saving valuable fossil fuel, so perhaps this is one of the most valuable “perks” of a hybrid.

Curious about a hybrid now? Want to take one for a spin? The Ford Fusion Energi and C-Max Energi are waiting for you at Butler Ford in Ashland!

Ford hopes you can add to its already long list of apps.

Ford’s looking for a few good app developers to design programs to assist drivers in understanding how they use fuel.  So the Blue Oval’s created the “Ford Personalized Fuel Efficiency App Challenge” for developers to submit their mobile and web-based app ideas.  Jim Farley, Ford’s executive vice president of global marketing, sales and service says, “We’re really excited to see just what consumers and developers come back to us with on sharing and understanding their own fuel economy performance.  The aim of the challenge is to empower drivers with the information they need to drive smarter and to find ways to share that information in order to help others understand what fuel economy they can expect in various driving situations.”

The competition is open to individuals or groups of up to 50 people.  Submissions must include a functional Android app or link to a web app, and a video demonstrating the app’s use..  The apps, which must be OpenXC based, will be evaluated by a panel of judges looking a three criteria:  viability, user interface, and vehicle data.  The competition closes July 24, 2013.  Visit http://ford.challengepost.com/ for details and submission information. 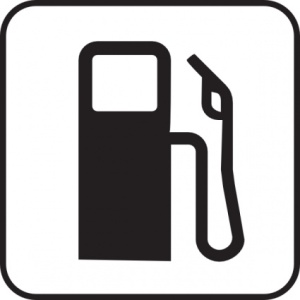 Countless articles have been written about habits you can adopt or break that will save you a few cents at the pump: drive less/walk more, drive slower, carpool, invest in a smaller or alternate-fuel vehicle. But even with all that, it has to be said, obvious advice about the most cost-effective way to use fuel I kept thinking there had to be some words of wisdom from inside the petroleum industry.  So, imagine my pleasure when Butler Ford’s Mike “Coach” Cocchiara forwarded to me an email he’d received about the most efficient way to pump gas!  Scroll down to read it.

“I don’t know what you guys are paying for gasoline…. but here in California we
are paying up to $3.75 to $4.10 per gallon. My line of work is in petroleum for
about 31 years now, so here are some tricks to get more of your money’s worth
for every gallon:

Here at the Kinder Morgan Pipeline where I work in San Jose , CA we deliver
about 4 million gallons in a 24-hour period thru the pipeline.. One day is
diesel the next day is jet fuel, and gasoline, regular and premium grades. We
have 34-storage tanks here with a total capacity of 16,800,000 gallons.

Only buy or fill up your car or truck in the early morning when the ground
temperature is still cold. Remember that all service stations have their
storage tanks buried below ground. The colder the ground the more dense the
gasoline, when it gets warmer gasoline expands, so buying in the afternoon or
in the evening….your gallon is not exactly a gallon. In the petroleum
business, the specific gravity and the temperature of the gasoline, diesel and
jet fuel, ethanol and other petroleum products plays an important role.

A 1-degree rise in temperature is a big deal for this business. But the service
stations do not have temperature compensation at the pumps.

When you’re filling up do not squeeze the trigger of the nozzle to a fast mode
If you look you will see that the trigger has three (3) stages: low, middle,
and high. You should be pumping on low mode, thereby minimizing the vapors that
are created while you are pumping. All hoses at the pump have a vapor return.
If you are pumping on the fast rate, some of the liquid that goes to your tank
becomes vapor. Those vapors are being sucked up and back into the underground
storage tank so you’re getting less worth for your money.

One of the most important tips is to fill up when your gas tank is HALF FULL.
The reason for this is the more gas you have in your tank the less air
occupying its empty space. Gasoline evaporates faster than you can imagine.
Gasoline storage tanks have an internal floating roof. This roof serves as zero
clearance between the gas and the atmosphere, so it minimizes the evaporation.
Unlike service stations, here where I work, every truck that we load is
temperature compensated so that every gallon is actually the exact amount.

Another reminder, if there is a gasoline truck pumping into the storage tanks
when you stop to buy gas, DO NOT fill up; most likely the gasoline is being
stirred up as the gas is being delivered, and you might pick up some of the
dirt that normally settles on the bottom.”

Disclaimer:  You’re seeing this information not long after we laid eyes on it for the first time so, there’s been no experimenting or testing done on this end.  If these tips don’t work for you, hey, at least you tried.  If, however, they do, we want to hear about it!  Drop us an email at customersfirst@butlerman.com.